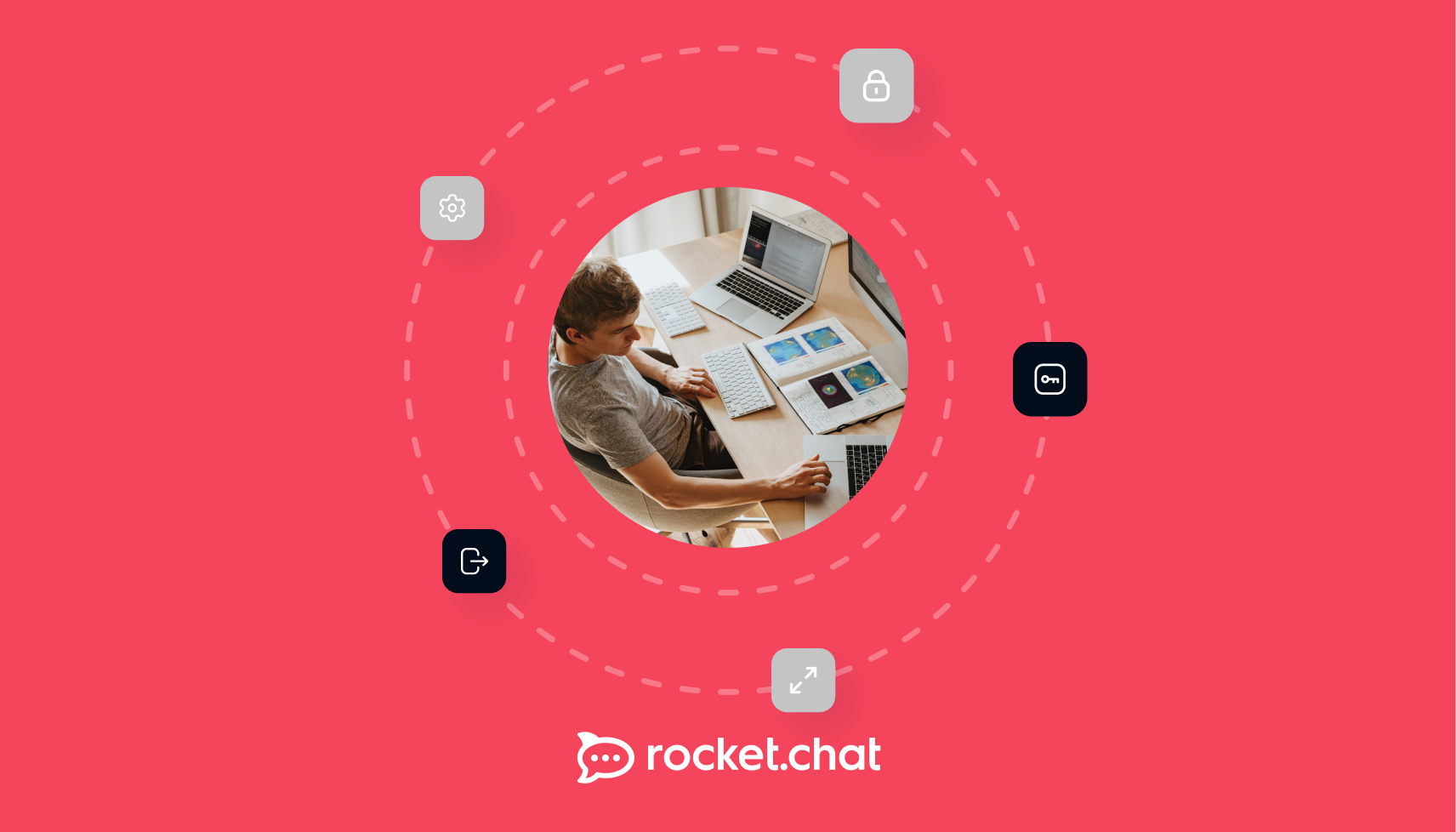 🔓 Companies choose to implement alternatives to proprietary software for multiple reasons, like more flexibility and fewer costs. In this article, we’ll cover all the info you need to have on open-source software: what it is exactly, what are its advantages, and common examples.

What is open-source software?

Open-source software is the kind of software whose code is available to see. The code is not hidden and can be freely inspected - and even modified.

On the other hand, proprietary or closed-source software is the one whose code remains hidden. The ‘proprietary’ adjective stems from the fact that it remains the property of its creator, which is rarely the case with open-source software.

Open-source vs closed-source software: what are the differences?

The availability of the code is the #1 difference between open-source and closed-source software. Since the two are complete opposites in that sense, it creates further differences between them.

Let’s explore this dichotomy in detail.

Open-source communities are extremely interested in reviewing and proposing changes to the code to make it more secure. Therefore, open-source projects have the advantage of the community. On the other hand, closed-source software has secure codebases, making them less likely to be exploited.

Since both types of software have strongly opinionated advocates, it boils down to a matter of preference.

On the other hand, proprietary software’s price includes support, usually via multiple channels.

As we already mentioned, open-source software is often free. However, in many cases, you can upgrade to a paying model which includes a wider array of features.

Closed-source software is rarely free. Moreover, since it includes support and other services, it is much more expensive on average.

In the category of flexibility, open-source software is the clear winner. Since closed-source software does not allow users to inspect nor change the code, there is little room for modifying the software to your own needs.

Many closed-source software advocates would say that it is much easier to use since it is developed with the customer in mind. This could be the case, but nowadays, open-source software is being used for commercial purposes in numerous cases. Therefore, its developers are also putting the ease of use high on their priority list.

When it comes to open-source software licenses, there are two broad categories. Some licenses fall under the copyleft license category, while others are permissive open source licenses.

More than 50% of open-source licenses currently in use are permissive ones, and their use continues to rise while copyleft licenses decrease in use.

The main difference between these two types of licenses lies in how restrictive or permissive they are. Permissive open-source licenses allow more freedom to use, modify, and redistribute the software. On the other hand, copyleft licenses require you to adhere to the reciprocity rule, which makes it virtually impossible for organizations to use the software in commercial ventures.

Here are the four most common open-source software licenses.

Written by the Apache Software Foundation, this license is to freely use, distribute, and modify open-source software without concerning with infringing patents or paying royalties. One of the few restrictions it entails is that if users change the Apache-licensed code, they must state so.

MIT open-source license is one of the most popular open-source licenses. It is simply worded, making it a favorite of developers, and it falls under the category of the permissive license. In comparison with Apache, it does also give a copyright license but doesn’t give you a patent license. It allows for commercial use.

GNU General Public License was the first copyleft license for general use. Originally introduced by Richard Stallman, it states that any subsequent work on the open-source software must be distributed under the same terms.

Currently, the third version of the license is available.

Abbreviated from GNU Lesser General Public License, this copyleft open-source license differs from its bigger brother GNU GPL in a few details. One of them is allowing the work to be linked with non-GPL-ed programs. In other words, it is a bit more permissive than the GNU GPL, but both are decreasingly popular in comparison with Apache and MIT licenses.

We’re not going to lie: we’re big advocates of open-source software! How could we not be when Rocket.Chat is 100% open-source?

We built our platform this way because we strongly believe in everything that open-source stands for: openness, sharing, innovation, flexibility, and endless possibilities.

As previously mentioned, open-source software and closed-source software differ from each other in the aspect of security. However, the matter is not as straightforward as it may seem.

It would be wrong to say that open-source software is inherently more secure than closed-source. In fact, there are more vulnerabilities out there than ever, with ransomware attacks rising by 62% in 2020 alone.

In Rocket.Chat, we believe that leveraging team collaboration will always bring the best results. We’ve also seen many examples where our product was enhanced with feedback and proposals from our community members. Moreover, most of our clients choose us over competition for advanced data security standards, confirming our imperative of data protection.

Open-source software is often free. Therefore, it is attractive to individuals, teams, and organizations that want the program, but don’t want to invest too much in it. As the needs grow, teams can easily scale open-source software to fit their needs better.

A common use-case we see with open-source software is smaller teams starting to use its free version as a pilot project. Later on, the paying version gets adopted on a company-wide level.

Open-source software is often free of charge. However, even its paying versions are rarely more expensive than proprietary software. Although it is free or cheap, open-source software does take experts to implement and modify if you want something changed.

Recruiters worldwide have a lot of trouble attracting developers to their companies. There is too much competition, and skilled developers can afford to choose their next employer.

On the other hand, using open-source software in your company can attract developers to it. They are always eager to contribute to open-source projects and leave their mark!

Currently, there are more than 180,000 open-source projects that operate under 1400 licenses. However, you still might not be aware that some of the software you use is actually open-source!

This far in the article, you probably know that Rocket.Chat is open-source software. We are a communication platform meant for businesses, and our mission is to enable seamless collaboration for employees while ensuring maximum data security.

Get in touch with our team and check out why security-oriented organizations choose us to power communication within their rows!

Sara is an SEO Strategist at Rocket.Chat. She is passionate about topics around digital transformation, workplace experience, open source, and data privacy and security.
Sara Ana Cemazar
Related Article:
Team collaboration: 5 reasons to improve it and 6 ways to master it
Join the Debate!
Tune in as we bring together the greatest minds in open source for a no-holds-barred conversation on the biggest trends in the field today. 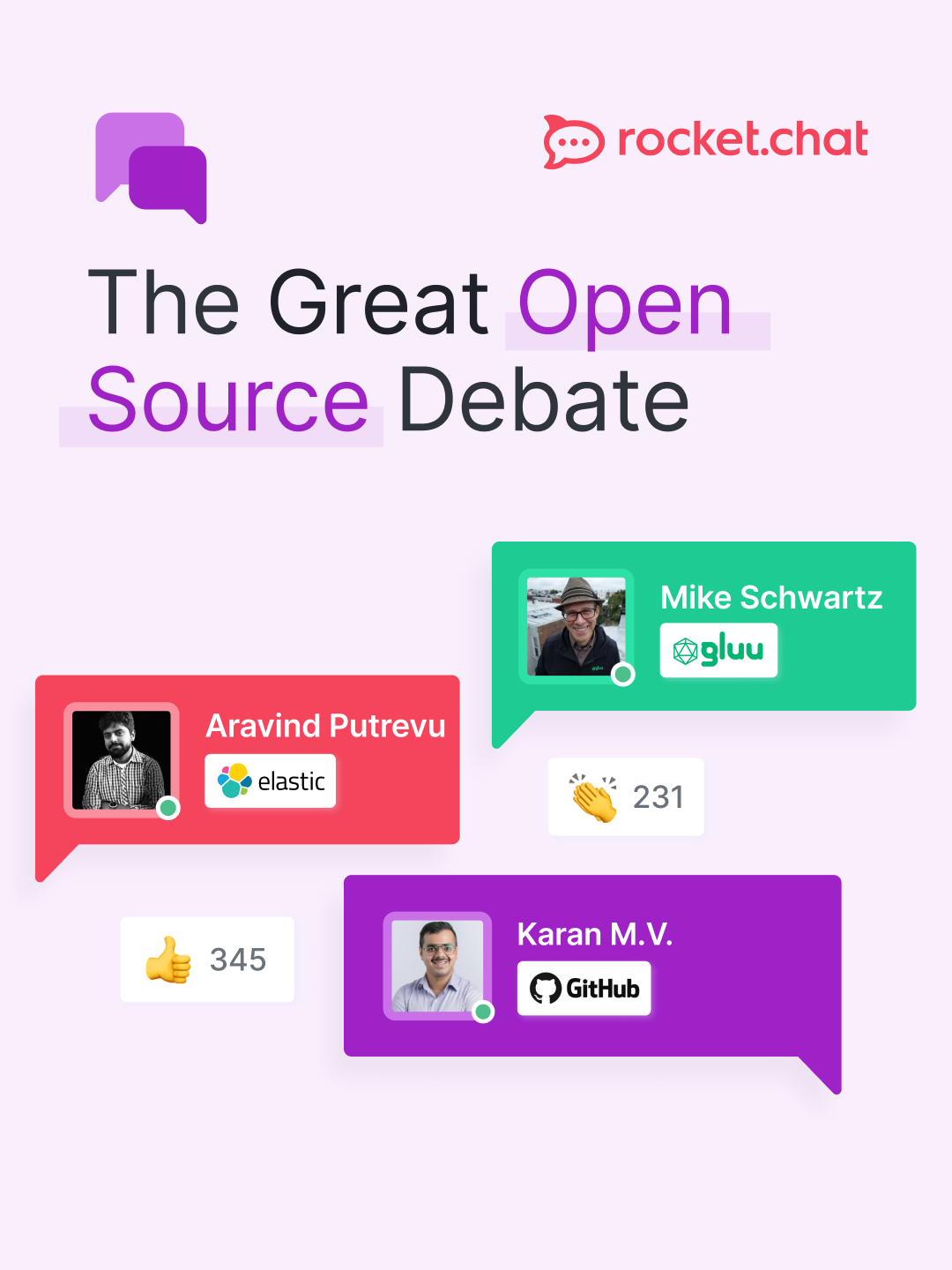